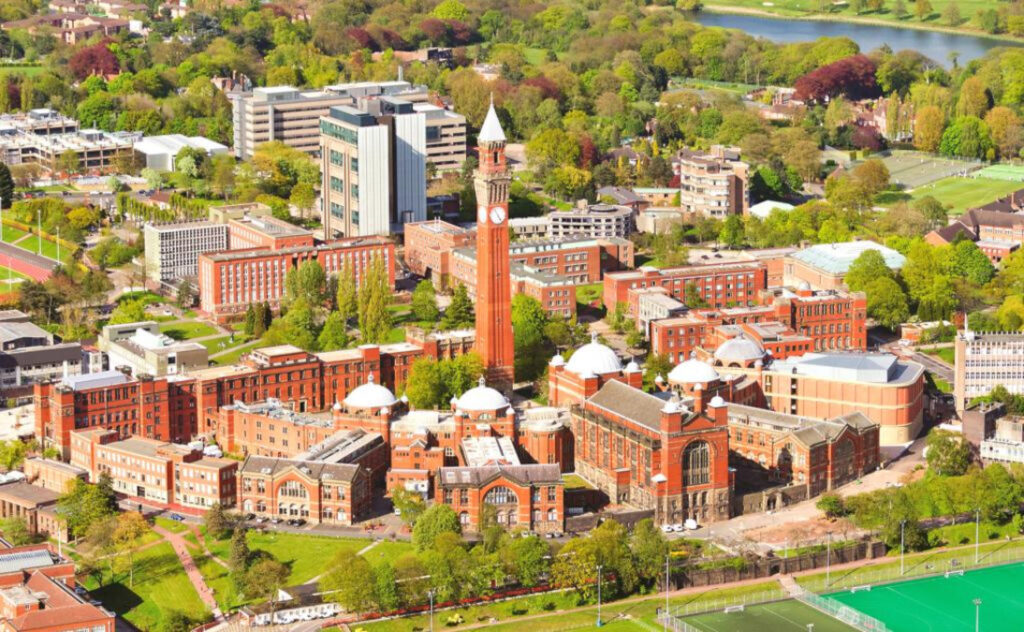 Study at the University of Birmingham

Founded in 1900 on the vision set down by politician and statesman Joseph Chamberlain, the University of Birmingham prides itself on a longstanding tradition of innovation and progressive initiatives. The university was a founding member of the National Union of Students, and the first in the country to be built on a campus model, incorporate a medical school and offer degrees in dentistry. It was also the country’s first civic or ‘redbrick’ university, with students accepted regardless of their background or religion.

The modern university is home to 26,000 students, 5,000 of them international. With 31% of its academic staff also from overseas, Birmingham lays claim to one of the most diverse campuses in the UK and encourages a global outlook. Students can take advantage of a number of opportunities to internationalise their degree: around 450 undergraduates complete a year abroad as part of their course.

Despite Birmingham’s industrial roots, the city is one of the greenest in the UK, with more miles of canals than Venice. Popular with foodies, it is second only to London in terms of the number of Michelin star restaurants it boasts and, with almost 40% of its population below the age of 25, the city has one of the youngest populations in Europe.

According to Times Higher Education World University Rankings 2021, the University of Birmingham is ranking at 101- 150 in the world.

Birmingham’s main campus is located in the Edgbaston area of the city, where it houses the Joseph Chamberlain Memorial Clock Tower (the world’s tallest free-standing clock), and the Barber Institute of Fine Arts, which opened in 1939 and exhibits original work by Van Gogh, Picasso and Monet. It is also the location of one of the largest medical schools in Europe and the place where pacemakers and plastic heart valves were developed, where allergy vaccines were pioneered and where the first clinical trials of the contraceptive pill outside the USA took place.

Our campus map has been designed to help students, staff and visitors find their way around the University of Birmingham’s Edgbaston and Selly Oak campuses. Features include: building to building navigation, study space locations and availability, opening times for shops and services, and real-time travel information.